The Municipality of  Lambunao has an arable soil and good climate.  It has richness in Agriculture and is still the biggest producer of coffee berries, table bananas, rice and corn.  We have enormous supply of water in our mountains and plains in lower areas.

Our community stands five hundred seventy six (576) feet above sea level and the people crave for water.  Water is the heart of the problem.  There are of course notable exceptions but only few.

In 1998, when Atty. Ignacio L. Ramirez, Jr. ran for mayor, his vision was to provide water for every household of his Municipality.  People languished for potable water.  There were questions of doubt because it is quite hard considering the town’s elevation, but now it is a reality.  The people of this Municipality could now avail of the long cherished potable water.

Looking back, it all started on November 8, 1982, with Conditional Certificate of Conformance (CCC) 225 issued by Local Water Utilities Administration.  The Board was then formed with members coming from five (5) different sectors of this community.  The Members of the Board of Directors were: Aurelio Aviador representing Civic Sector, Rene Latog representing Business Sector, Felina Casiple representing Women Sector, Silverio Librodo representing Education Sector and Leon Alicer representing Professional Sector.  However, for unknown reasons, the project was not pursued, and the Board was not able to function.

Realizing the urgent need of safe and potable water for the community, our Mayor, Atty. Ignacio L. Ramirez, Jr. revived the project.  He invited some persons representing the sectoral group as one of the requirements to compose an ad hoc committee as an organized body to take charge of the creation of a water system.

After series of meetings called for by the Mayor, an ad hoc committee was formed, organized and the work was started.  There was an intensive deliberation and brain storming on the part of the members of the committee until they arrived at a decision to give chance and attention to this most important project.  With the decision of the ad hoc committee the Mayor in his desire to ensure the supply of potable water in the Municipality, did not hesitate to follow-up some necessary documents pertinent to the project, preparing things what to come first, etc.  Problems were identified and possible solutions were made.

As part of the solution, there was a need to request for the expertise of the proper authorities to shed light on the people concerned, an organized body, the new set of the Board of Directors particularly.  Along with this idea was identifying at the same time the creation of the organizational set up, the legal provisions for that matter as basis of the Board for their action.

On October 1, 2004, with the invitation of the Mayor, the LWUA personnel from Manila came over and sat with the ad hoc committee, reviewed proper procedures, scrutinized the mechanics in the preparation of necessary papers with all the provisions based on the LWUA charter under P.D. 198 with all its project components.

Installed with their designations were the following:7

The Board of  Directors rendered their services regularly as stipulated in the provisions of the guidelines in consonance with their respective duties and obligations.

The Mayor, Vice Mayor and the Members of  the Sangguniang Bayan together with the Board of  Directors, Acting General Manager of  the Lambunao Water District and some people of Municipality of Lambunao had the ground breaking ceremony held last August 3, 2005 in Barangay Misi, the source of  LWD, almost 60 meters away from the river bank.  At last, the precious potable water will start to be supplied to our community and in the future to the nearest Barangays.  We are hopeful that, in mid-summer, the number of consumer will enormously increase because, as of the present, many still enjoy the availability of rain water.

Atty. Ignacio L. Ramirez, Jr. who is serving his last term of office will leave us this priceless legacy, a fulfillment of his promise to provide water for every household.

As Lambunaonons, let us all welcome the arrival and the availability of this precious gift, the quencher of the thirst of the people in our town.

Together we will help and be cooperative for the continued success of this endeavor.

To provide sufficient and potable water supply for customer’s satisfaction.

To help in the upliftment of the quality of life  and enhancement of socio-economic development in the whole service area thru the provisions and delivery of safe, adequate and affordable water supply. 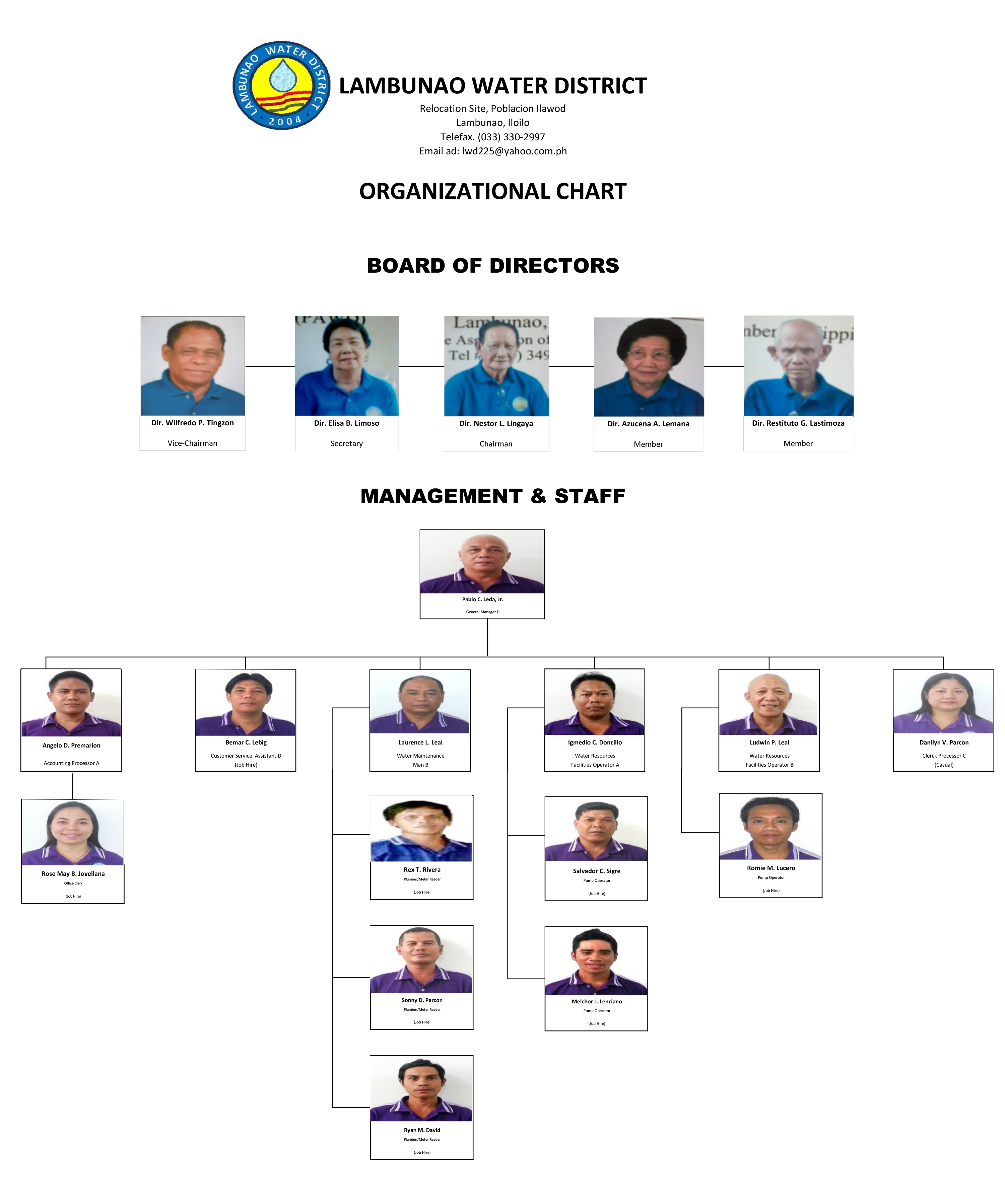 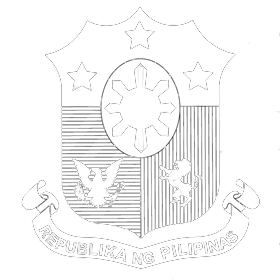 Republic of the Philippines

All content is in the public domain unless otherwise stated.

Site developed and maintained by FlexiDev